Rose Office Systems carries a wide range of floor plans, meaning you can find the building that best fits your business. Our buildings are built heavy-duty with a quality that can rival site-built facilities. Rose Office Systems’ staff of professional space planners and designers are experts in providing accurate scaled drawings and renderings for you to create your desired custom building. 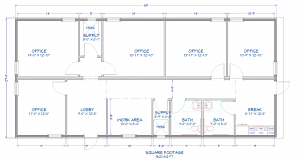 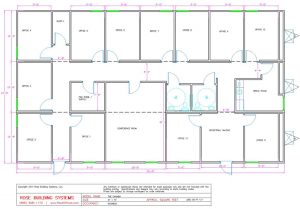 “The best part is from first talking with Garry to actually occupying the building was less than 6 months. Garry delivers and supports a very high-quality product.” - Gil Trest

Guy Geller, CEO of Beacham Memorial Hospital discusses his experience working with Rose Office Systems during the 2012 planning and construction of their administrative office building in Magnolia, MS.

“We found the modular option: Solidly constructed, easily comparable to stick construction. Cost-effective, we got about twenty percent more space within our budget. Fast, we will be in our new building much sooner than traditional construction.”

"We selected Rose after an exhaustive study of typical construction with sticks and mortar and also the prefabricated route. We decided the prefabricated route was the most efficient way to go. It supplied us with a building in a shorter span of time and it gave us the greatest amount of square footage for the dollar... We selected Rose as the supplier of this building because they were the most supportive and the most capable, in our opinion." --Michael Ghareeb, Senior Warden

"We recently had the opportunity to work with Garry Cain and Rose Office Systems to design and set-up several new temporary college classrooms. After talking with many different companies we found that Rose's prices were extremely competitive while their quality remained high."

"I spoke to several modular building companies on possible solutions and needs that would work under my budget. Garry Cain (Rose Office Systems) was my choice due to the response and personal touch to meet my needs." -Mike Adams, Director of Facilities, Gilmore Memorial Hospital

"The end product was as much as we could have ever hoped for. The stability of the building, the aesthetic quality of the building and it's cost when considered is just a no-brainer. We took over 7 estimates and Garry's was by far the best priced and I found him really to be the most professional of all the individuals we had the pleasure of speaking with. The community has been exquisitely pleased with the outcome and... we are extraordinarily happy with everything that they did." - Dr. Scott Twilley

“In a world where so few keep their word and deliver on promises, it has been a real pleasure to do business with Rose Office Systems.”

Design an office to fit your needs quickly, easily and affordably with our FREE 34-page Modular Office Design Guide!